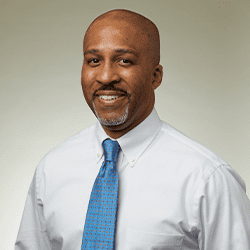 Easton received his Master in Physical Therapy from the University of Delaware in 1996 and his Doctorate from Arcadia University. Prior to Delaware, Easton graduated from the University of Pennsylvania in Philadelphia, Pennsylvania where he was a member of their division I men’s varsity soccer team. He is board Certified in Orthopedic Physical Therapy. He is also a Certified Strength and Conditioning Specialist.

Easton has acquired an extensive and effective array of manual therapy and sports-specific strategies and skills during his long tenure in the sports medicine field. While Easton rehabilitates individuals from many aspects of the population; he has designed programs, rehabilitated and trained many top-level athletes including members of: NBA, NFL, DC United, Washington Freedom, Olympic & National Men’s and Women’s Soccer, University of Maryland Football, Canadian Football League, as well as elite-level Gymnasts, professional dancers, and other intercollegiate and high school athletes. Easton enjoys staying fit through running, lifting and several recreational sports. 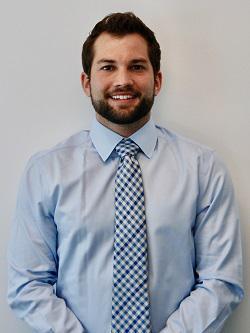 Alex joined the MOS rehabilitation team in July 2020 and treats in our Bethesda office.

Alex received his Doctor of Physical Therapy degree from the University of Pittsburgh in 2018. He began his PT career practicing in an outpatient sport and orthopedic clinic in Dallas, Texas before attending the University of Delaware to complete a Sports Physical Therapy Residency in 2019. During his residency, he was involving in updating the University of Delaware's ACL Rehabilitation Practice Guidelines (conditionally approved for publication), assisting various UD athletic programs (Men and Women's lacrosse, soccer, and hockey), Wilmington Rugby Club and the Delaware Blue Coat NBA G League basketball team with game day and practice operations. He is a Board-Certified Clinical Specialist in Sports Physical Therapy (SCS), a certified strength and conditioning specialist (CSCS) and has vast experience working with adaptive athletes of all ages.

In his free time, Alex enjoys hiking, spending time with his dogs and playing recreational soccer, hockey and golf. He previously played DI soccer at UIC and is an avid Chicago Sports Fan. 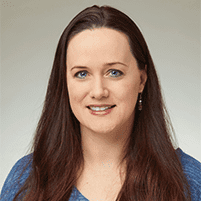 Katie has been working with our sports medicine team for over 10 years, having been here since the opening of the Germantown office in fall of 2004.

She is a native Washingtonian and graduated from Wootton High School in 1994, then University of Maryland at College Park in 1998 with a B.S. in Kinesiology. While there, she was in the Honors Program, and completed a thesis project on exercise and pregnancy, which has remained a topic of interest. She then earned her Doctorate of Physical Therapy from the University of Southern California in 2003. While there, she had several clinical affiliations in both wound care and hand therapy.

She is a member of the American Physical Therapy Association as well as the Orthopedic Section and proficient in Spanish. She very much enjoys gymnastics, acrobatics, dance, Zumba, Jazzercise, biking, rollerblading and ice skating. She loves working with athletes of the “alternative sports” in the gym. In her free time she enjoys being outdoors and spending time with her family, including her daughter Kyra. 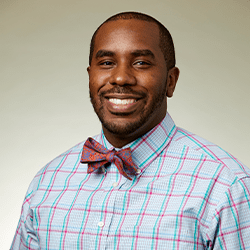 Jonathan Allen first worked with MOS Family in 2010 first as a physical therapy student. He has now been with MOS full-time since July of 2015.

Through his experience, Jonathan has obtained skills that blend the importance of exercise and functional training with manual/hands-on management that help restore patients to optimal performance. 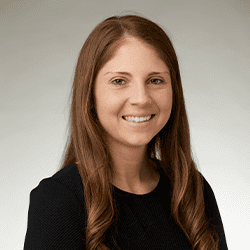 Allison is a native to the Washington, D.C. area and graduated from Georgetown Visitation Preparatory School in 2009 before attending Lafayette College. Allison was a member of Lafayette’s division one varsity soccer team while studying Psychology and Spanish. Being a college athlete with her own injuries and set backs, Allison’s passion for physical therapy grew as she saw the impact it could make from a patient stand point. Allison then attended the University of St Augustine, where she graduated with her Doctor of Physical Therapy degree in 2018. Through Allison’s clinical rotations and time during school, she developed a passion for orthopedics and post-operative rehabilitation. Having been an intern at M.O.S during the summer of 2012, Allison was excited to return and join the team in September of 2018.

Allison is a member of the American Physical Therapy Association and enjoys treating patients of all ages with varying goals. The best part about her job is getting to know her patients well and to tailor treatments to get them back the activities or functions they enjoy most. Outside of work, Allison enjoys distance running, going on walks with her sister and her dogs, and enjoying time with her family. 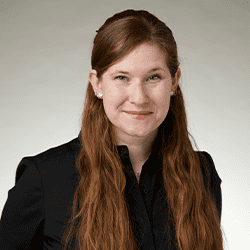 A native of Upstate New York, Steph attended Ithaca College and received her Masters Degree in Occupational Therapy in 2006. Since college, Steph has been an active member of the American Occupational Therapy Association (AOTA), state OT boards, and has presented at state OT annual conferences. She has worked in a variety settings during her career, including post stroke rehab, inpatient psychiatry, and then specializing in hand therapy.

To advance her skills, Steph received specialty certification in hand therapy (CHT) from the Hand Therapy Certification Committee (HTCC) in 2016. She is currently an active member of the American Society of Hand Therapists (ASHT) and has volunteered with both ASHT and HTCC. To contribute to the profession and the advancement of the next generation of therapists, Steph has been a clinical instructor to students and worked as an adjunct professor. In her free time, Steph enjoys outdoor sports including hiking, kayaking, camping, and swimming. 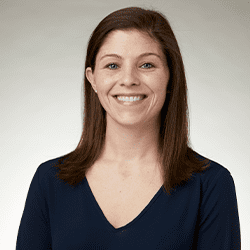 Emily graduated from the University of Maryland with a B.S. Kinesiology in 2008.

After graduation she was a full time personal trainer at the National Institutes of Health. Looking to get a more hands on approach in the health field Emily joined the physical therapy team at M.O.S. in 2009. Emily then graduated from the Physical Therapist Assistant Program at Montgomery College May 2012. She is familiar with splinting and different types of manual massage techniques including active release technique. Emily has experience working with a variety of patients and has a strong commitment to providing individualized care.

Having undergone rehab twice following her own major knee surgeries she understands that the patient provider relationship is vital to a successful rehabilitation. Emily continues to also provide personal training services and is a member of the American Physical Therapy Association. 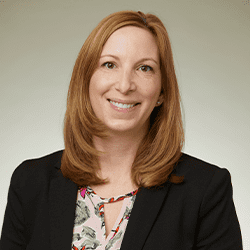 Sarah joined our team in 2001 as a physical therapy aide and worked her way thru college to earn her Associates in Applied Sciences from Montgomery College Physical Therapy Assistant Program. She graduated in 2005. She is licensed by the Maryland Board of Physical Examiners and is a member of the American Physical Therapy Association and the American Heart Association. Sarah has acquired many effective manual techniques in the past seven years to manage upper and lower extremity injuries as well as helping athletes of all ages with total body strengthening and maintenance.

Sarah has a special interest in post-operative rehabilitation and sports injuries. She enjoys running and working out as well as spending time with her husband and her 2 year old daughter and 4 month old son. 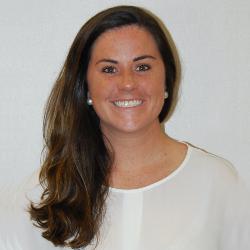 Colleen is a native Washingtonian, who attended Georgetown Visitation (‘07) and Duquesne University (’11) graduating with a Bachelors of Science in Athletic Training. From 2011-2017, she worked as the Assistant Athletic Trainer at Gonzaga College High School where she worked with ~600 athletes covering all 17 Varsity sports. During her six years at Gonzaga, she also worked as a Physical Therapy Aide in our Bethesda PT clinic, where she fell further in love with the rehabilitation process. By working as both an ATC and PT aide, she was highly motivated to pursue a degree as a Physical Therapist Assistant (PTA) from Montgomery College (Takoma Park Campus). She graduated from the program in May 2019 and received her license to practice as a PTA in July 2019. 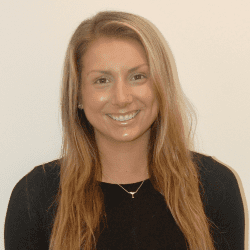 Alexa first worked with Maryland Orthopedic Specialists during her fieldwork rotation as an occupational therapy student under the supervision of a certified hand therapist, Steph Clement Pogonowski. Alexa received her bachelor’s degree in Kinesiology from the University of Maryland, graduating in 2018. She then officially joined the MOS rehab team in April 2021 after completing her master’s degree in occupational therapy from Towson University in January 2021.

Alexa’s fieldwork rotation further solidified her interest and desire to pursue the specialty area of occupational therapy, hand therapy. Alexa was always intrigued and passionate about health and fitness, particularly anatomy and biomechanics as she was driven to understand how and why the human body operates. She enjoys being involved in athletics in various capacities as she was a member of the cheerleading team at the University of Maryland and has previously coached youth cheerleading teams. Additionally, during her time in undergraduate and graduate school, Alexa worked with UMD’s athletic training department, at a private hand therapy practice, and as a caretaker for an individual with a spinal cord injury as well as volunteering with numerous occupational therapy facilities.

Through these experiences, Alexa learned specific treatment techniques for diverse orthopedic and musculoskeletal conditions and fell in love with having a direct role in patient care and rehabilitation. In her free time, Alexa enjoys weightlifting, running, reading, being outdoors, and spending time with family and friends. 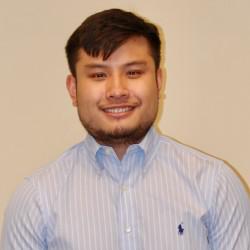 Brandon Nguyen worked with MOS in 2019 as a physical therapy student. He officially joined MOS in December of 2020.

During his clinical experiences, Brandon was able to work in a variety of fields including pediatrics, vestibular, neurology, and orthopedics.

In his free time, Brandon enjoys weightlifting and playing recreational volleyball. He also loves exploring different types of cuisine from all over the world. 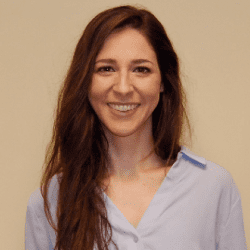 Bianca is originally from Montgomery County. She attended Northwest High school where she was involved in field hockey and swimming. Bianca graduated from the University of Maryland in 2017 with a bachelor's degree in Kinesiology. During her time at UMD, she was a member of the Kinesiology Honors program where she researched the effects of exercise on emotional memory. Afterward, she took a gap year and worked as a PT aide with MOS, gaining exposure in the PT field. Bianca graduated from the University of Delaware in 2020, where she earned her Doctor of Physical Therapy and Masters in Anatomy. During her clinical internships, she had an opportunity to work in both inpatient rehab and outpatient orthopedic settings where she treated patients after various orthopedic surgeries and other non-operative injuries. Bianca rejoined the MOS family in February 2020, she is very excited to help the patient’s in their rehab journey to reach their goals through movement and exercise.

Bianca enjoys spending time with her family, boyfriend, friends, and dog. She likes to stay active at the gym, go on adventures, cook, and binge-watch tv shows. Bianca is also fluent in Spanish.